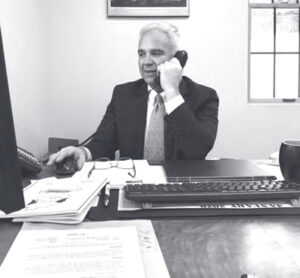 Matt Simpson, the Republican candidate for the Lake George region’s seat in the New York State Assembly, has announced that he has secured the endorsement of more than 175 elected village, town, and county officials from throughout the district.

Warren, Essex and several towns in Washington and Saratoga Counties comprise the 114th Assembly District, which is currently represented by Republican Dan Stec.

“I am honored to have the support of individuals who have committed themselves to public service,” said Simpson, who was Town of Horicon Supervisor in 2012.

“These men and women have been entrusted by tens of thousands of voters from the small towns and villages with the North Country’s future. I look forward to putting their invaluable insights to work in Albany and fighting to make sure our voices are heard.”

Simpson says his terms as president of the Association of Adirondack Towns and Villages, as a member of the Adirondack Park Local Government Review Board and of the Warren County Board of Supervisors, have made him familiar with many of the issues that will cross his desk as a legislator representing the Adirondacks.

Among them: declining school enrollments and aging, shrinking populations (although the population of Simpson’s own town has increased, thanks, probably, to retirees making their second homes their year-round residences).